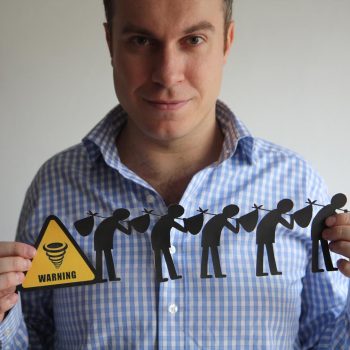 François Gemenne is FNRS senior research associate at the University of Liège, and he is also the executive director of the interdisciplinary research programme Politics of the Earth at Sciences Po (Médialab) in Paris. A specialist of environmental geopolitics and migration dynamics, he also lectures on environmental and migration policies in various universities, including Sciences Po (Paris and Grenoble) and the Free University of Brussels.

His research deals mostly with environmental and migration governance. He has worked in particular with populations displaced by environmental changes, including natural disasters, and the policies of adaptation to climate change. He has conducted field studies in New Orleans after hurricane Katrina, Tuvalu, China, Kyrgyzstan, the Maldives, Mauritius and Japan, after the Fukushima disaster.

He has been involved in a large number of international research projects on these issues, including EACH-FOR, HELIX and MECLEP, for which he is the global research coordinator. He also coordinated the DEVAST project, one of the first international projects to examine the social and political consequences of the Fukushima disaster. In 2015, he was recipient of a Fulbright scholarship to pursue research atPrinceton University.

He has also been the scientific advisor of the exhibition ‘Native Land. Stop Eject’ at the Fondation Cartier pour l’Art Contemporain, in Paris. He has consulted for several organisations, including the International Organisation of Migration (IOM), the Asian Development Bank (ADB), the World Bank, the ACP Observatory on Migration and the British government (Foresight). In 2010, he was awarded the ISDT-Wernaers Prize for achievement in the communication of science to the general public.

He holds a joint doctorate in political science from Sciences Po Paris and the University of Liege (Belgium). He also holds a Master in Development, Environment and Societies from the University of Louvain, as well as a Master of Research in Political Science from the London School of Economics. Between 2008 and 2010, he was awarded a post-doctoral scholarship from the AXA Research Fund. He has published in various journals, including Science and Global Environmental Change, and has authored six books, amongst which ‘Géopolitique du Climat’(Armand Colin, 2009 & 2015) as well ‘The Anthropocene and the Global Environmental Crisis’ (edited with C. Hamilton and C. Bonneuil, Routledge 2015). He is currently preparing an Atlas of Environmental Migration with D. Ionesco et D. Mokhnacheva (Routledge 2016)

He is also the director of the Sustainable Development series at Presses de Sciences Po, a leading French academic publisher, and the president of Ecosphere, a Brussels-based think-tank on environmental issues and human rights.