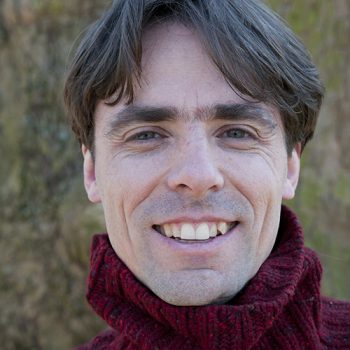 Gauthier Chapelle, co-founder & director of the NGO Biomimicry Europa (www.biomimicry.eu) and the sustainability consultancy Greenloop (www.greenloop.eu) both based in Brussels. Gauthier is graduated Agricultural Engineer and PhD in Biology, naturalist and the father of two boys. After his PhD in Antarctica and Lake Baikal, Siberia, on behalf of the Royal Institute of Natural Science of Belgium, he worked as scientific officer at the International Polar Foundation (IPF) from 2002 to 2007, where his prime mission was to disseminate climate change knowledge via polar sciences. After several trainings with Janine Benyus, he launched 3 years ago, together with Gaëtan Dartevelle & Raphaël Stevens, the NGO Biomimicry Europa, to promote Biomimicry in Europe. End of 2007, they also created the consultancy Greenloop, bringing Biomimicry amongst other tools for sustainability strategies to businesses and communities. He is an active speaker about Biomimicry, climate change & sustainability, especially in France and Belgium. As a biologist at the design table (BaDT), its actual activities also cover bridging the gap between biologists and engineers to invent sustainable solutions to tackle climate change and other environmental issues. As such, together with Jean Valayer, he initiated and followed the 3-years CO2SolStock project (2009-2012), funded by the European Commission, aimed at developing carbon sequestration thanks to calcium carbonate bio-precipitation, with 5 European universities. He brings now his biomimetic expertise to another European project led by the University of Cambridge about the effect of ocean acidification on sea-shell formation in molluscs. Recently, he also specialised on urban and biomimetic agriculture.