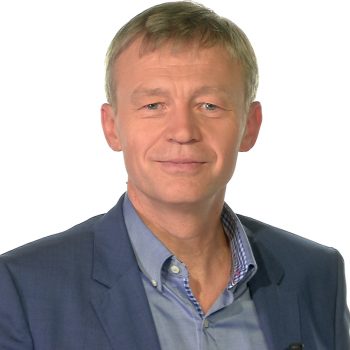 Inspired by his humanist vision Nicolas Demassieux is passionate about digital technology, by the complex interactions between the digital ecosystems, the society of human beings, and the physical and biological planet.  He is interested in a large set of domains, including: complexity, biology, evolution and paleontology, natural and artificial intelligence, natural and artificial ecosystems, urbanism and governance of the digital life. Nicolas Demassieux published more than 40 papers and book chapters, holds several patents and in 2007 was honored to be appointed one of the 9 Motorola fellows.

Nicolas Demassieux started his career as a professor at Telecom ParisTech in the area of digital Integrated Circuit design for Multimedia and Telecom. its. His work on the first generations of digital image processing (MPEG) and wireless communication (OFDM turbocodes) was transferred to industry and led to several successful product lines. He also pioneered in France the use of Multimedia and Web-based material for teaching, and created one of the 1st curriculum about innovation.

He joined Motorola in 1997 to help create a new research centre in Paris, before taking the direction of the European research, and later of the global broadband Wireless research of Motorola. With his teams, he worked at enabling Wi-Fi, 3G and 4G mobile broadband, mobile Internet, mobile television and digital home. Nicolas Demassieux then worked for two years at creating an Internet start-up, in the area of big data market place. He joined Orange in 2010 to lead the research effort of the Group, involving 650+ engineers and PhD students in multiple countries.