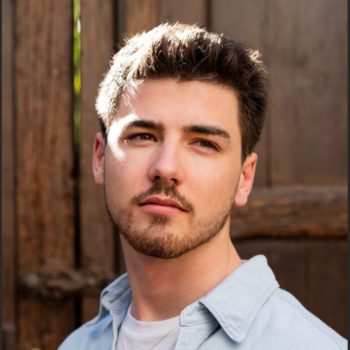 Petit Navire (\p .ti na.viʁ\) – A nautical craft designed to navigate on water. Alternatively, a metaphorical musical vessel purposed to take individuals onto a journey across the ocean, to a sunny, dancing, utopic universe. Formed in 2018, Petit Navire is a pop electronic music duo from Switzerland. Childhood friends who connected through music over the years, regardless of the different paths their life followed now reunite to bring you their own, fresh vibe. Combining the power and class of the basics with the sounds of today, their music opens the gates to new sonorities

GASTON /gas.ton/ – A light eyed wanderer, who finds peace in old records and studio couches. Born in Brussels, Belgium, Gaston grew up moving around Europe. At the age of five, he first picked up the guitar and started playing the piano, triggering his fascination for music. It is when he discovered the world of electronic music that things really took off. Taking inspiration from various influences, he started producing progressive house tunes on his computer, later transitioning into future bass and finally electronic-infused pop records in order to incorporate the organic feel of his guitar. Gaston is an avid listener and will never let go of his classics, always keeping the hits of back in the days close from Queen to The Rolling Stones. They cruised in the same high school, it’s only when Adam left that they truly met. From where on they began producing together, leading to the birth of «Petit Navire».

ADAM (/’æ.dəm/) – A tall sunburnt water man, feeding himself with waves and sounds. Born and raised between the shore of the Geneva Lake and the Swiss Alps, Adam’s first step in music was the encounter with a mixing table at his brother’s birthday. He was fascinated by the effects one can apply to the sound. Since that day, he learned how to DJ and create music. At the age of 16, he produced the Street Parade anthem and made more than 60’000 people dance in Zurich. He quickly managed to play in clubs and festivals. From there on, his music journey took off. After a year abroad studying sound engineering, he came back to Switzerland and took a music break. It’s the association with Gaston that brought back all his passion to make music, and together they will continue this odyssey.