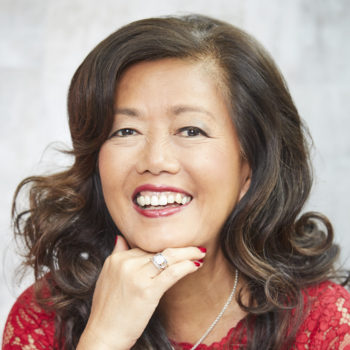 While Ms. Vien has Chinese origins, (father from Shanghai and mother from Hong Kong), she studied and worked on three different continents – Asia, US and Europe. She is trilingual (French / English / Chinese -mandarin and Cantonese) and has a conversational level in Flemish.

Ms. Vien has developed a fast tracked career as entrepreneur in the digital ecosystem since 1995 in France and in the Silicon Valley after a dual degree both in Architecture in France and Master of Sciences in MIT (USA). She serves as advisor for cross-border France-China investments. Through BADGE, Ms Vien is also investing as Business Angel in start up in Asia and Europe.

With her unique ability to bridge cultures, functions & industries, Ms. Vien devotes her International Business Development expertise to help startups and new ventures. Since her time with MIT Media Lab in 1983, Ms. Vien has been in the ecosystem of Innovation and Technology.

For over 20 years, Ms. Vien held several positions as General Manager and Sales Executive in the software and multimedia/internet technologies industry both in the US, Europe and also China (Accenture, BroadVision, iMediation, Twenga, Networth, Bo-Le associates). Ms. Vien has also developed software for the World Bank (Washington DC) and lived in the Silicon Valley where she co-founded EZ Login, an aggregator for financial portals which has been acquired by a Nasdaq company, 724 Solutions in 2000.

Ms. Vien completed her education in 1985 with a Master of Science degree from MIT (Massachusetts Institute of Technology, USA). Prior to MIT, she was trained to be an architect.  With her dual training and international career, Ms. Vien headed the International Department of Arte Charpentier, the architecture firm that built the Grand Theater of Shanghai and Pudong in China, R&D Center for l’Oreal and Saint Gobain, among many other achievements in China.